Getting Freaky… In Advertising 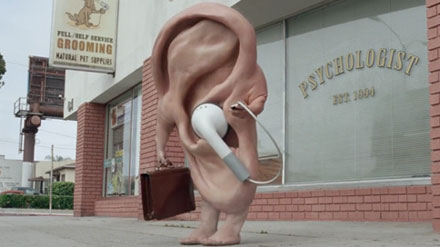 While many commercials get lost in the shuffle, at least these 30 freaky commercials have made an impact. But whether that’s in a good or bad way, you’ll have to decide for yourself!

Some of the ads include DiscountHotels.com’s family of egg heads and Coors Light’s ad featuring Jean-Claude Van Damme comparing the beer to his frozen… well, you’ll just have to watch to find out.

View the list in its strange, yet entertaining, entirety here.

Which ad did you think was the freakiest? Let us know in a comment!

(with help from Sarah Brovda, Intern)