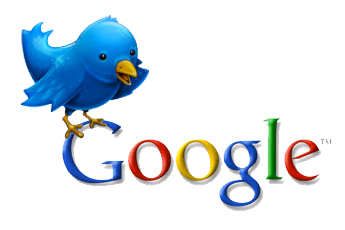 From Steven Johnson’s (theirs, not ours!) Time article dramatically titled “How Twitter Will Change the Way We Live,” we read what many already know: Twitter provides social networking, live searching, and link-sharing. But what we may not have figured is that those three elements, combined with Twitter’s focus on the “here and now,” might actually pose the most interesting alternative to Google out there.

At its heart, Google’s system is built around the slow accumulation of authority: pages rise to the top of Google’s search results according to how many links point to them, which tends to favor older pages that have had time to build an audience. That’s a fantastic solution for finding high-quality needles in the immense, spam-plagued haystack that is the contemporary Web. But it’s not a particularly useful solution for finding out what people are saying right now.

Simply put, even in its toddlerhood, Twitter is a more efficient supplier of the “super-fresh Web” than Google. That means if you’re looking for an interesting article devoted to Kobe Bryant, you search Google. If you’re looking for interesting comments from your extended social network about the three-pointer Kobe just made 30 seconds ago, you go to Twitter.