Love, Marriage, and a Baby Carriage: Rockin’ in the U.S.A. 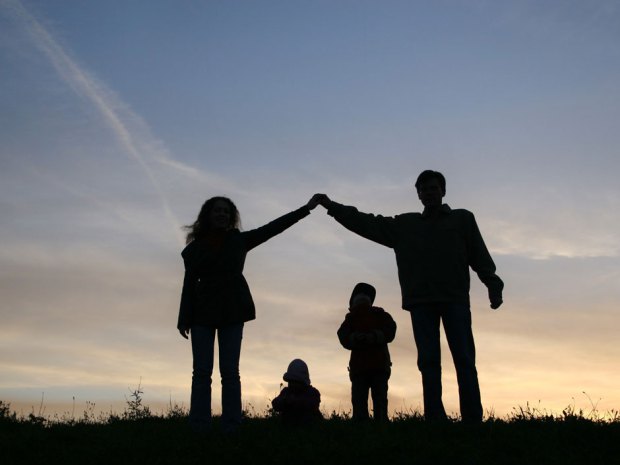 We hear demographic facts and figures every day. Sometimes we grow numb to them as they fly by. But I heard one this week that made me stop cold.

Fact: 40% of all children born in America are born outside of marriage. For African-American children, it’s 70%.

What? When did that happen? How can this be?

According to BU Forum guest speaker, Dr. Mitch Pearlstein, founder and president of think tank the Center of the American Experiment, it’s been happening gradually and getting worse every year. His talk was titled “Broken Bonds: What Family Fragmentation Means to America’s Future.”

In the mid-1970s, respected Senator and renowned sociologist Daniel Patrick Moynihan noted that 23% of all American children were born out of wedlock, and that fact was one of the biggest socioeconomic problems this country faced. Just 40 years later, the unmarried-birth rate has nearly doubled.

While the divorce rate has come down in recent years, Dr. Pearlstein says that we as a society still don’t focus enough on — we don’t communicate enough about — the institution of marriage. Politicians have always loved to talk about motherhood. And today the rhetoric is all about absentee fathers. But what about marriage? Our media and our messaging gush about romantic love and pile on the happy-ever-after imagery. But we don’t talk about the reality of putting another person’s interests first and making a committed relationship work over time. Who suffers? The children, who end up with a mommy- or daddy-sized hole in their heart and soul, that’s who. Many single Moms and Dads do heroic work raising kids—don’t take this as a criticism of them by any means. But what used to be the exception is rapidly becoming the rule.

Dr. Pearlstein, while not claiming to have any easy answers, pointed to some rays of hope in what I’ll call three E’s:

On the good-news side of the ledger, along with declining divorce rates, we’ve been seeing a dramatic decrease in teenage birth rates in the U.S. This is a healthy trend, and Dr. Pearlstein gives some of the credit to reality TV shows like MTV’s “16 and Pregnant,” which he himself figured would send a message of promiscuity and would increase teenage birth rates. Instead, it’s done just the opposite. He was happy to be wrong and humbly noted that show and other media have many kids “scared straight” on the very real issue of teenage pregnancy.

Dr. Pearlstein closed his remarks by asking his audience two of the same questions he asked his research subjects: “What will America look like when you draw your last breath? What would you like it to look like?”