With the Super Bowl fast approaching this weekend, so too are the extremely expensive, and much-anticipated commercials. Chevrolet, for example, has announced that it will air two ads before the game, three during the first half, and two post-game for a total of seven spots. Last year, FOX charged from $2.8 to $3 million per 30 second spot, meaning that Chevrolet alone will spend approximately $27 million on Super Bowl advertising this year.

Over the past few years, we have come to expect some of the most entertaining and original commercials to come from automakers. This year, Honda released “Ferris Bueller’s Day Off.”

The high budget spot is certainly well produced, but has been received with mixed opinions. Turns out not everyone appreciates remaking a popular movie in favor of commercial profitability.

What do you think?

(with help from Filip Lewicki, Intern) 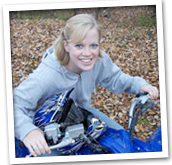