Recalling the roots of S3IP 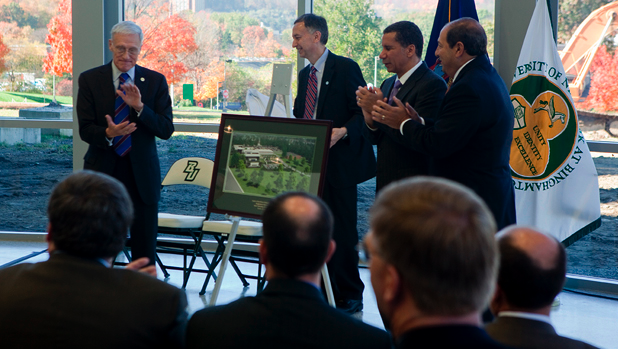 When we watched the ceremony at the recent Binghamton University groundbreaking for its Center of Excellence in Small Scale Systems Integration and Packaging (S3IP) —  standing in a large audience of local business leaders, elected officials and economic development professionals, together with B.U. faculty and staff members in a rotunda gazing out on a fine autumn day, with the main B.U. campus in the background to the west — our thoughts were drawn back twenty years ago.  Then Riger Advertising was called upon by the University’s Office of External Affairs, in conjunction with the Broome County Industrial Development Agency and the then Broome County Chamber of Commerce.  The assignment: a video telling the story of the New York State’s pre-eminence in electronics packaging and making the case for why the Legislature (and later the National Science Foundation) ought to invest in the Integrated Electronic Engineering Center at the University’s Watson School. There, the school was forming r&d partnerships with the giants of electronics manufacturing, including IBM, General Electric, Corning, Inc., DuPont, and our community’s own Universal Instruments. In large part with the help of that video storytelling, those early public investments were secured for the IEEC, and from there has burgeoned within the Watson School an entire center devoted to innovative technologies, a keystone being the S3IP program.

Speaking of S3IP at the groundbreaking, Gov. Patterson noted, “This Center of Excellence is going to make Binghamton University an epicenter for new technology and future development while spurring on the economy of New York State.”

It was gratifying to see the latest chapter in a story that had begun twenty years ago and to recall having played a supporting role in the prologue. 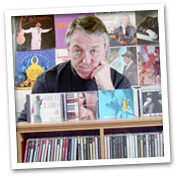