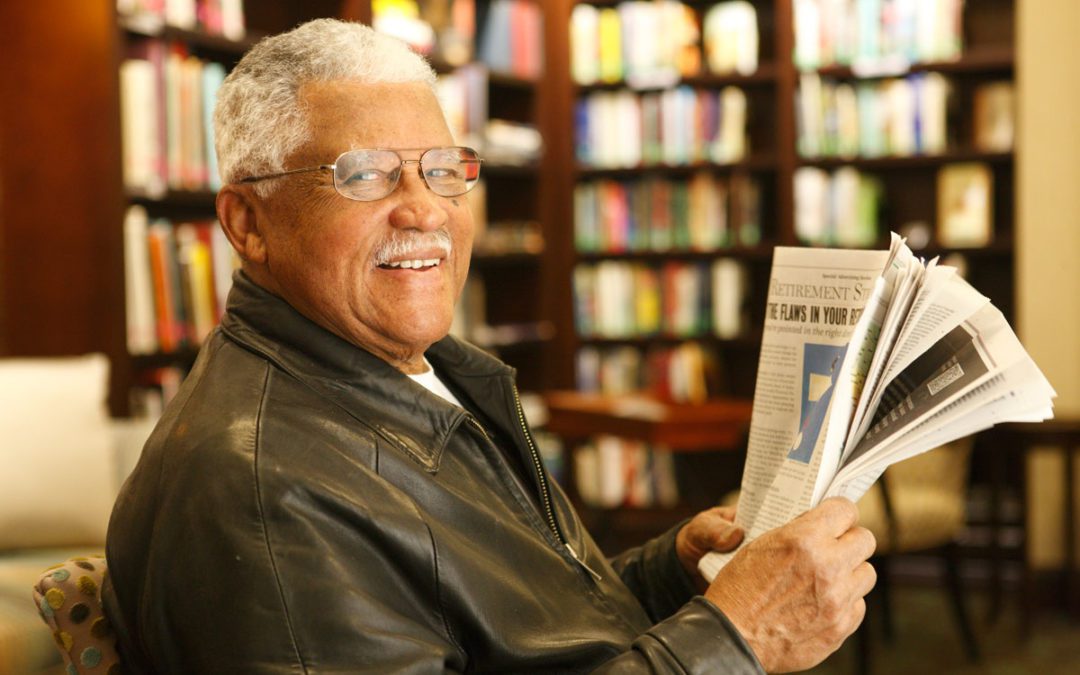 How is corporate America marketing to its burgeoning 55+ demographic? Generally, not well. Here’s my take on why that is, and how communicators might improve it.

As a marketing strategist, integrator and writer, and as someone knocking on the door of this often overlooked demo, I wanted to look at the question from the perspective of the ranks I’m about to join. So I’ve been chatting with older people at the gym, I’ve been watching Jeopardy, and I picked up a poignant little book called “Happiness Is a Choice You Make: Lessons from a year among the oldest old,” by John Leland. (See italicized paragraph below.)

In my day job, I do much of my work with clients in the healthcare and financial services sectors. At home, you might call me a slice of boiled ham in the “sandwich generation” between aging parents and adult children. I don’t know if any of that makes me an expert, but it gives me some experience and a healthy dose of curiosity about what may lie ahead.

So to what kind of advertising narratives are marketers currently subjecting people age 55 and up? The short and honest answer: crap. We litter the news (if it’s possible to make the news any more depressing) with pharmaceutical ads hawking remedies to everything from canker sores to cancer. And if the illness doesn’t kill you, the cure may. Just listening to the litany of side effects is enough to make you feel faint. Thank goodness for the saving grace of the mute button and mouse click.

Granted aging is usually feared, fought and reviled. But the fact is it brings with it some pretty nice benefits. Getting older usually yields experience, which breeds wisdom according to Leland’s research. Nothing beats experience. To that point he quotes British novelist Penelope Lively (awesome name), then 80, who said, “One of the few advantages of age is that you can report on it with a certain authority; you are a native now, and know what goes on here…Our experience is one unknown to most of humanity, over time. We are the pioneers.” She’s right. People used to die in their 40s all the time up until relatively recently. Our parents and grandparents living into their 80s, 90s and older are the modern Magellans, the new Neil Armstrongs, going where none, or at least very few, have gone before. But more will follow. And we can learn from them. As business owners and employees. As marketers and designers. As engineers and data miners. As healthcare providers and educators. As lawyers and bankers. As human beings….we should learn from them.

In his “Happiness Is a Choice You Make” book, Leland points out that the six 85-plusers he interviewed “all found a level of happiness not in their external circumstances, but in something they carried with them….We can focus on what we’ve lost or on the life we have now. Health factors, shattering as they can be, are only part of the story. Experience helps older people moderate their expectations and makes them more resilient when things don’t go as hoped.”

Let that settle in. Are things going exactly the way you had planned or have you moderated your expectations and adapted?

Marketing communicators, take heed. Don’t group everyone over 55 as one cohort. Do not talk at the 55+ demo. Look inside the life experiences of real people. Explore their aspirations. Realize how far they’ve come. Walk a mile in their shoes. Then talk with them. Ask them about the dreams and desires they very much still possess, even as the losses—professional, personal, family, physical and mental health—pile up around them. Most of them don’t want to talk about the losses anyway. Sure, sometimes they do, perhaps with friends and family. But they also have so much more to offer. We just need to listen and respond in kind. After all, eventually, we… will be … them!

Brand marketers, let’s rethink our attitude about aging. Brands can change the conversation from one of being obsessed with anti-aging to one of aging gracefully and living better. A July 18, 2018 Media Post article says it well: “Too often the broader cultural conversation focuses on the ‘losses’ associated with age (from reduced cognition to limited physicality) and aging is primarily framed as a negative process.  The loss-oriented language associated with the second half of life—‘retirement,’ ‘empty nest,’ ‘downsizing’ — is particularly in need of a rethink, per the McCann report. There is an opportunity for brands to rewrite the narrative and focus on the plusses at every age. Two in three people 70 and older feel positive about the process of aging. This group also reports becoming more spiritual, liberal and idealistic over time, as compared with their younger counterparts — adjectives not often associated with the older population. For many people, life gets better and fuller over time, but society conspires to convince us otherwise, concludes the report.”

Let’s not participate in the ageism conspiracy!

Let us instead recognize, as Leland posits, that “They (the oldest old) are us—if not now, then someday. And if we are not willing to learn from them, we will miss important lessons about what it means to be human. Old age is the last thing we’ll ever do, and it might teach us about how to live now.”

Happiness is a Choice You Make,  By John Leland, copyright 2018

John Leland is a reporter at the New York Times, where he wrote a yearlong series that became the basis for the book. He spent a year interviewing and spending time with six New Yorkers who are among the “oldest old,” those 85 and up, the fastest-growing age group in America. Alternately heart-wrenching and heartwarming, “Happiness Is a Choice You Make” provides important lessons on how to live better—informed by people who have mastered the art.