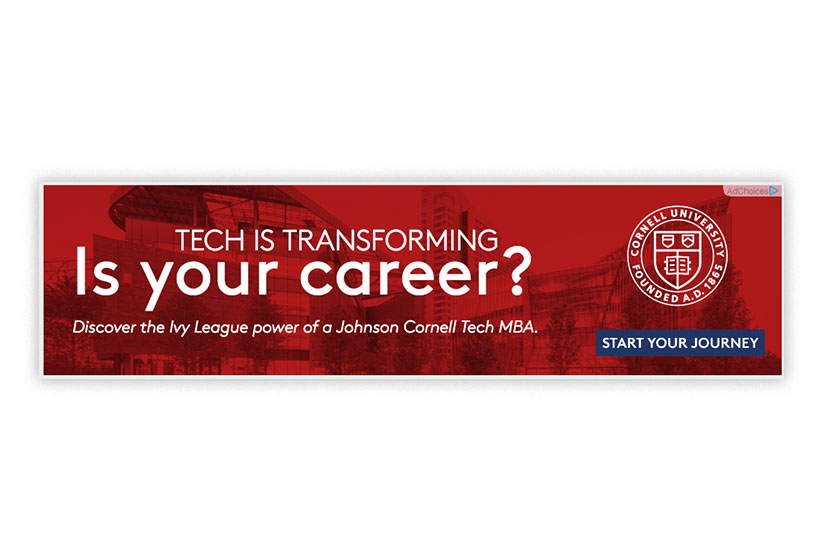 Managing dozens of media outlets, each with their own insertion orders and schedules, can get overwhelming. So can developing round after round of eblasts and display ads to keep enrollment churning. That’s why Cornell SC Johnson College of Business turned to Riger to help fill its applicant pipeline. 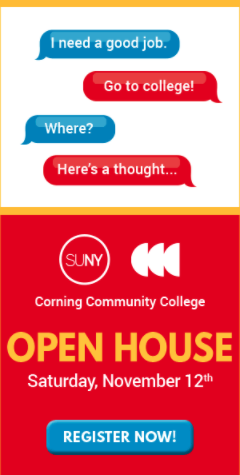 This banner ad helped catch attention, drove clicks to CCC’s website, and ultimately resulted in a doubling of open house registration that year. 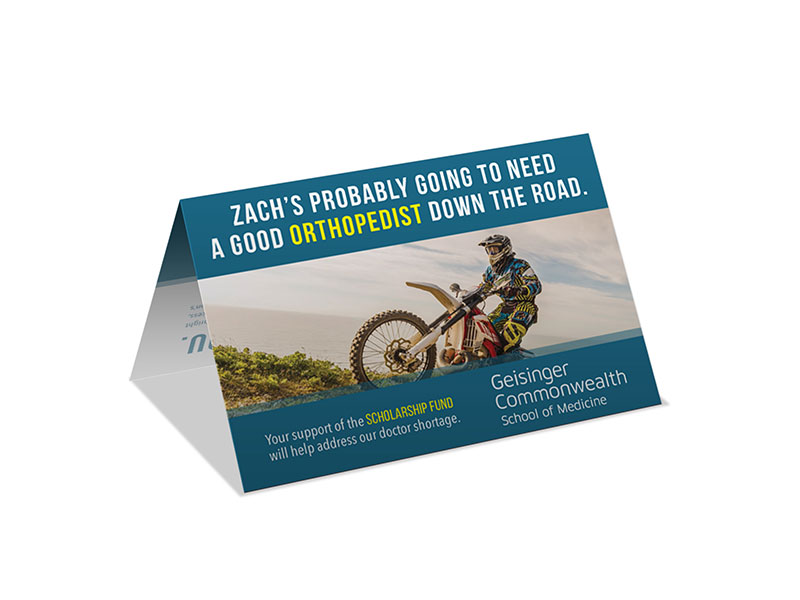 With its combo of compelling headline and clear envelope, this elegant direct mailer passed the “elbow test” (ya know, that certain something that makes you pause before dropping an envelope in your recycling bin). 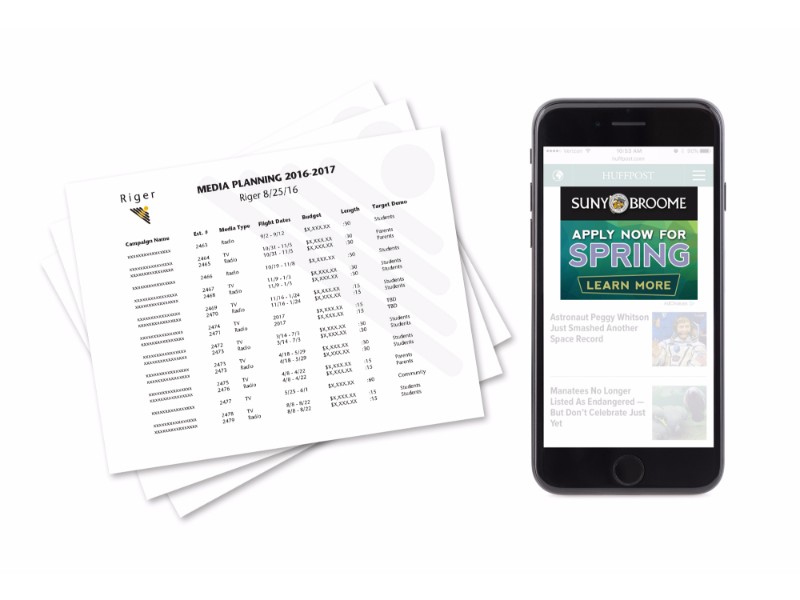 When we told them we could do their media buying with an objectivity enabled by our Strata media-planning software at no extra cost (other than the commissions paid us by the media), they pretty much said, “When can you start?” 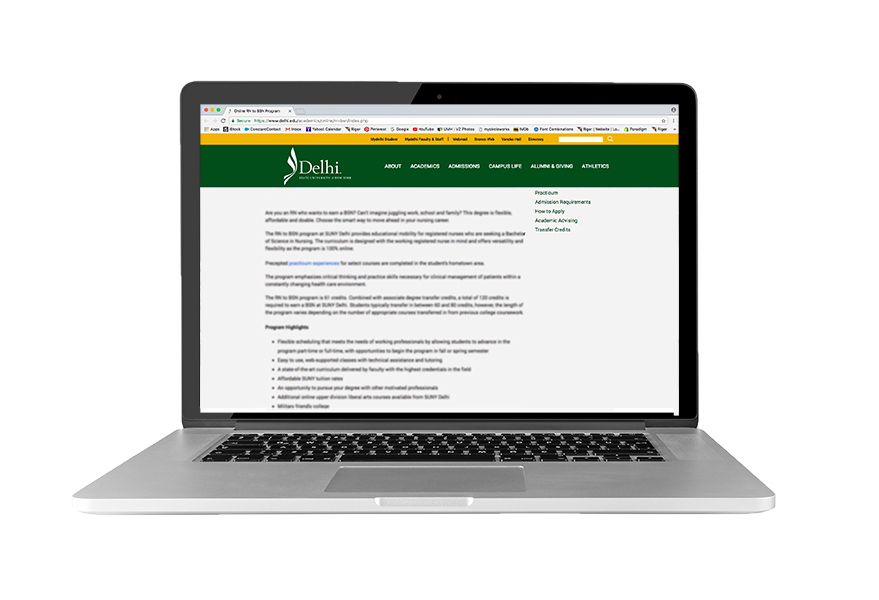 When SUNY Delhi’s VP for College Relations and Advancement called with a question, he didn’t think we could solve his problem directly. He called asking if we knew of any writers who could interview the school’s deans and faculty and produce sales copy for their degree programs.