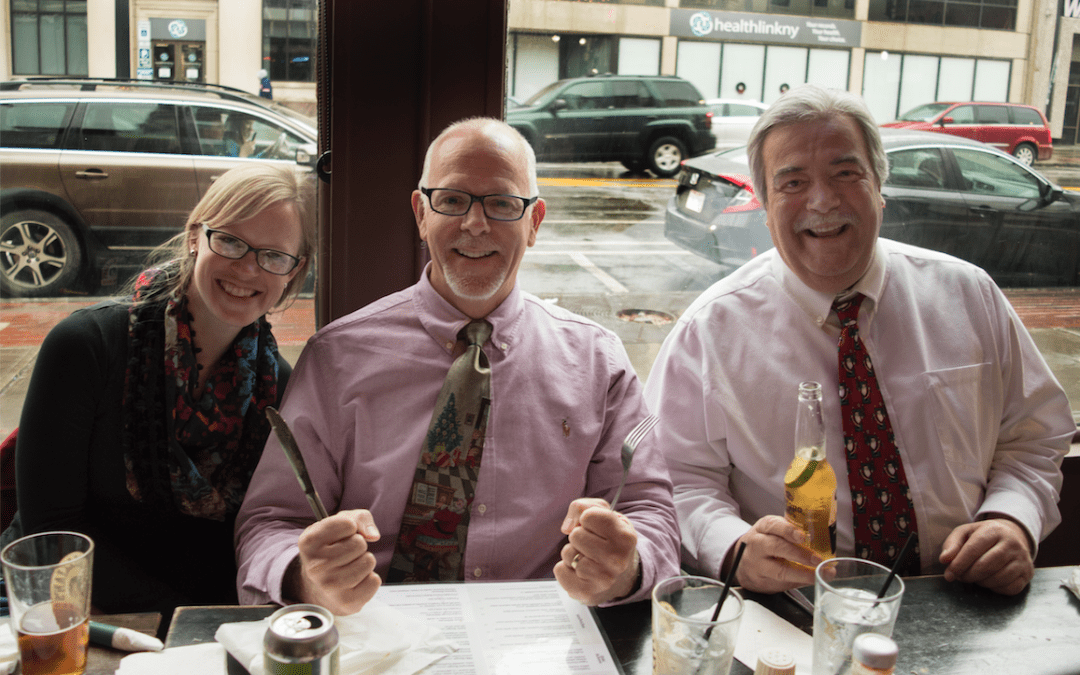 “I am just a poor boy, though my story’s seldom told.”
— Paul Simon, American Songwriter

I’d like to share a bit about my business partner Mark Bandurchin, whose story is seldom told (as Paul Simon, one of Mark’s favorites, said best). I hope it provides some motivation for someone else out there who’s fighting the good fight in business and could use a dose of inspiration.

Mark was a managing partner at Riger before I was. In fact, Mark’s was the voice on the other end of the phone when I called Riger from a pay phone at the Giant Market in 1985, where I worked during my college years. I was canvassing Binghamton for an internship, and all I knew was I liked to write, I liked the sound of the ad business, and I’d heard Riger was a good outfit. Mark interviewed me, and they kept me around. The rest is history.

Those who know Mark will tell you he is a kind, even-keeled and caring person. He is a family man, married to Valerie, proud father of Matthew and Lauren, and faithful keeper of Eddie and Jack, their little dogs. What you may not know is that Mark has been a quiet creative force and a stalwart businessman for four decades.

You may also not know that, as I write this, Mark is at his monthly chemotherapy session. For two years, he has been bravely battling this monster called lung cancer. Sparring with it, you might say. You see, Mark learned to appreciate boxing at a young age, a love of the sweet science that he shared with his father George. He always admired the guys who stood strong, hung in there and took the punches. Because I’ve worked with Mark for 30+ years, I know he’s taken more than a few punches himself in business and he’s certainly taking them now in chemo. He fights the good fight.

The other kind of boxing Mark enjoys is a game of light and playful verbal sparring. Was the saxophone really part of early rock and roll? Who was that General in WWII that made the fateful decision to attack? What is the name of the Syracuse Orange’s All-American football star who went on to a great NFL career and now has ALS? In all matters both important and trivial Mark is the great debater. Just ask Val or, better yet, ask his Wednesday night trivia crew or Friday night golf league buddies.

Mark would not want any fanfare about his business accomplishments or accolades, but it’s important to share just one. There is one Classic Telly Award in Riger’s trophy case. Just one. It belongs to Mark. He wrote a moving “friend-raising/fundraising” script and directed a video for the Broome-Tioga Association for Retarded Citizens (ARC), now known as ACHIEVE, that was recognized by the world renowned Telly Awards for its creative, poignant and effective storytelling. It was called “Take the Time to Get to Know Me.” I think it’s an apt title for the way Mark has carried himself in business and in life. He always takes time to listen before speaking. He always takes time to get to know people and understand their situation. Not easy to do. But always the right thing to do.

Now, in full disclosure, I have to say he has often taken more time than I would have initially liked. But more often than not, I must concede the extra time yields more or better information, a keen insight, or a solution to a problem no one else has seen yet.

I’ve come to respect and appreciate Mark’s thorough, thoughtful nature. I know I’ve learned an awful lot from him, and I am happy to share some of it through this tribute.

Mark, I have always been glad to have you in my corner. Please know we are in yours.

“In the clearing stands a boxer
And a fighter by his trade
And he carries the reminders
Of ev’ry glove that laid him down
Or cut him till he cried out
In his anger and his shame
‘I am leaving, I am leaving’
But the fighter still remains”